Recent years have witnessed the success of machine learning and especially deep learning in many research areas such as IR, Data Mining, Vision and Natural Language Processing. Though various learning approaches have demonstrated satisfying performance in perceptual tasks such as pattern recognition and matching by extracting useful features from data, the area still sees a large amount of research needed to advance from perceptual learning to cognitive reasoning in the coming years towards cognitive intelligence. This includes but is not limited to neural logic reasoning, probabilistic logic reasoning, neural-symbolic reasoning, causal reasoning, knowledge reasoning and commonsense reasoning.

The workshop focuses on the research and application of machine reasoning methods and applications in various tasks. It will gather researchers and practitioners in the field for discussions, idea communications, and research promotions. It will also generate insightful debates about the recent progress in machine intelligence to a broader community, including but not limited to IR, data mining, machine learning, CV, NLP, economics, legal regulations and beyond.

We welcome contributions of both long and short papers from a wide scope of topics of machine reasoning. Papers must be submitted to easychair at https://easychair.org/conferences/?conf=mrc2021 by 23:59, AoE (Anywhere on Earth) on January 15 (Abstract) and January 20th (Full paper), 2021. 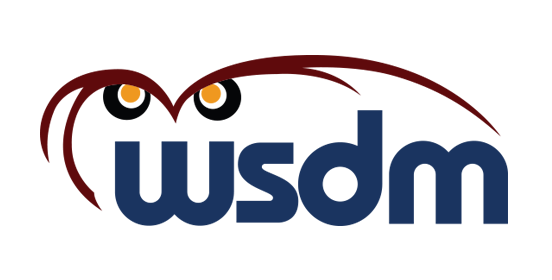 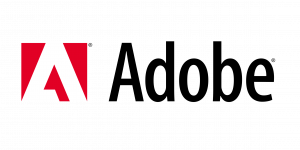 The information for joining the workshop:
Join the workshop here (Login required for registered users)
The time zone is: GMT+2

Abstract: In this talk I will argue for an unpopular idea on acquiring symbolic knowledge and integrate it into natural language understanding systems for global reasoning. I will use Information Extraction (IE) as a case study and present three different ways to integrate symbolic knowledge with distributional embedding representation: (1) transform input data by adding symbolic knowledge annotations, and use the transformed data for embedding learning; (2) convert input unstructured text into semantic graphs using semantic parsing, and then use Graph Neural Networks to initialize representation with embedding, and use the constructed semantic graphs to propagate representations; (3) use symbolic representations as global constraints in information decoding; (4) discover new types of information with embedding and name the clusters with symbolic knowledge. I will show the impact of these solutions on various IE tasks including complex event schema induction, schema-guided IE for various domains, event coreference resolution and temporal event reasoning.

Bio: Heng Ji is a professor at Computer Science Department, and an affiliated faculty member at Electrical and Computer Engineering Department of University of Illinois at Urbana-Champaign. She is an Amazon Scholar. She received her B.A. and M. A. in Computational Linguistics from Tsinghua University, and her M.S. and Ph.D. in Computer Science from New York University. Her research interests focus on Natural Language Processing, especially on Multimedia Multilingual Information Extraction, Knowledge Base Population and Knowledge-driven Generation. She was selected as "Young Scientist" and a member of the Global Future Council on the Future of Computing by the World Economic Forum in 2016 and 2017. The awards she received include "AI's 10 to Watch" Award by IEEE Intelligent Systems in 2013, NSF CAREER award in 2009, Google Research Award in 2009 and 2014, IBM Watson Faculty Award in 2012 and 2014, Bosch Research Award in 2014-2018, and ACL2020 Best Demo Paper award. She was invited by the Secretary of the U.S. Air Force and AFRL to join Air Force Data Analytics Expert Panel to inform the Air Force Strategy 2030. She is the lead of many multi-institution projects and tasks, including the U.S. ARL projects on information fusion and knowledge networks construction, DARPA DEFT Tinker Bell team and DARPA KAIROS RESIN team. She has coordinated the NIST TAC Knowledge Base Population task since 2010. She has served as the Program Committee Co-Chair of many conferences including NAACL-HLT2018. She is elected as the North American Chapter of the Association for Computational Linguistics (NAACL) secretary 2020-2021. Her research has been widely supported by the U.S. government agencies (DARPA, ARL, IARPA, NSF, AFRL, DHS) and industry (Amazon, Google, Bosch, IBM, Disney). 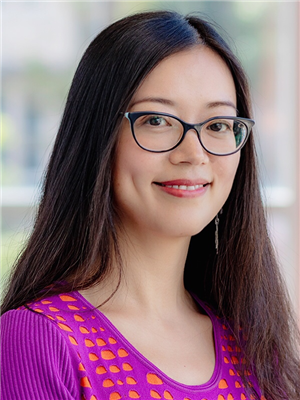 Abstract: Building AI systems that can understand and reason over vision and language data has been a long-standing challenge in the AI community. Over the last few years, we have seen significant progress on visual question answering, mostly trained in an end-to-end fashion. Though impressive as the accuracy grows, it still lags behind to get knowing whether these models are undertaking grounding visual reasoning or just leveraging spurious correlations in the training data. In this talk, I will introduce our recent efforts to build a new class of AI that combines neural networks, which extract statistical structures from raw data files( e.g. context about images), with symbolic representations of problems and logic. I will demonstrate these neuro-symbolic approaches could help machine learning models reason about the visual scene, physics, and casual relationship.

Bio: Chuang Gan is a principal research staff member at MIT-IBM Watson AI Lab. He is also a visiting research scientist at MIT, working closely with Prof. Antonio Torralba and Prof. Josh Tenenbaum. Before that, he completed his Ph.D. with the highest honor at Tsinghua University, supervised by Prof. Andrew Chi-Chih Yao. His research interests include representation learning, neural-symbolic visual reasoning, audio-visual scene analysis, and robot learning. His research works have been recognized by Microsoft Fellowship, Baidu Fellowship, and media coverage from CNN, BBC, The New York Times, WIRED, Forbes, and MIT Tech Review. He has also served as an area chair of ICCV, ACL, ICLR, ACM Multimedia, and an associate of IEEE Transactions on Image Processing and IEEE Transactions on Circuits and Systems for Video Technology. 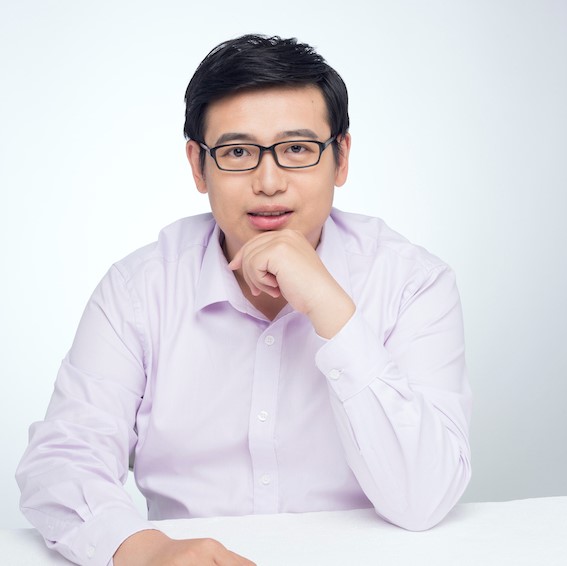 Abstract: Deep neural networks have achieved remarkable success in natural language processing, especially with the advancement of pre-training techniques. However, for tasks that require more complex reasoning beyond text pattern matching, including numerical calculation and logic reasoning, language models themselves are insufficient. Furthermore, deep neural networks have exposed limitations in compositional generalization, the capability to learn compositional rules and apply them to unseen cases in a systematic manner, which is critical for language understanding. In this talk, I will discuss my work on neural-symbolic reasoning, where we address the abovementioned challenges by integrating symbolic modules into deep neural networks. First, I will discuss my work on neural-symbolic reader for reading comprehension. By equipping a pre-trained language model with a symbolic reasoning module that synthesizes and executes programs according to the natural language text, our Neural-symbolic Reader surpasses the state-of-the-art on DROP and MathQA, which are recent benchmarks that require challenging numerical reasoning, while also provides better interpretability. Afterward, I will discuss my work on Neural-Symbolic Stack Machines (NeSS) towards achieving compositional generalization. NeSS combines the expressive power of neural sequence models with the capability of symbolic execution supported by the stack machine, and achieves full generalization on multiple domains that require compositional language understanding.

Bio: Xinyun Chen is a Ph.D. candidate at UC Berkeley, working with Prof. Dawn Song. Her research lies at the intersection of deep learning, programming languages, and security. Her recent research focuses on neural program synthesis, neural-symbolic reasoning, and adversarial machine learning. She received the Facebook Fellowship in 2020, and was selected for Rising Stars in EECS in 2020. 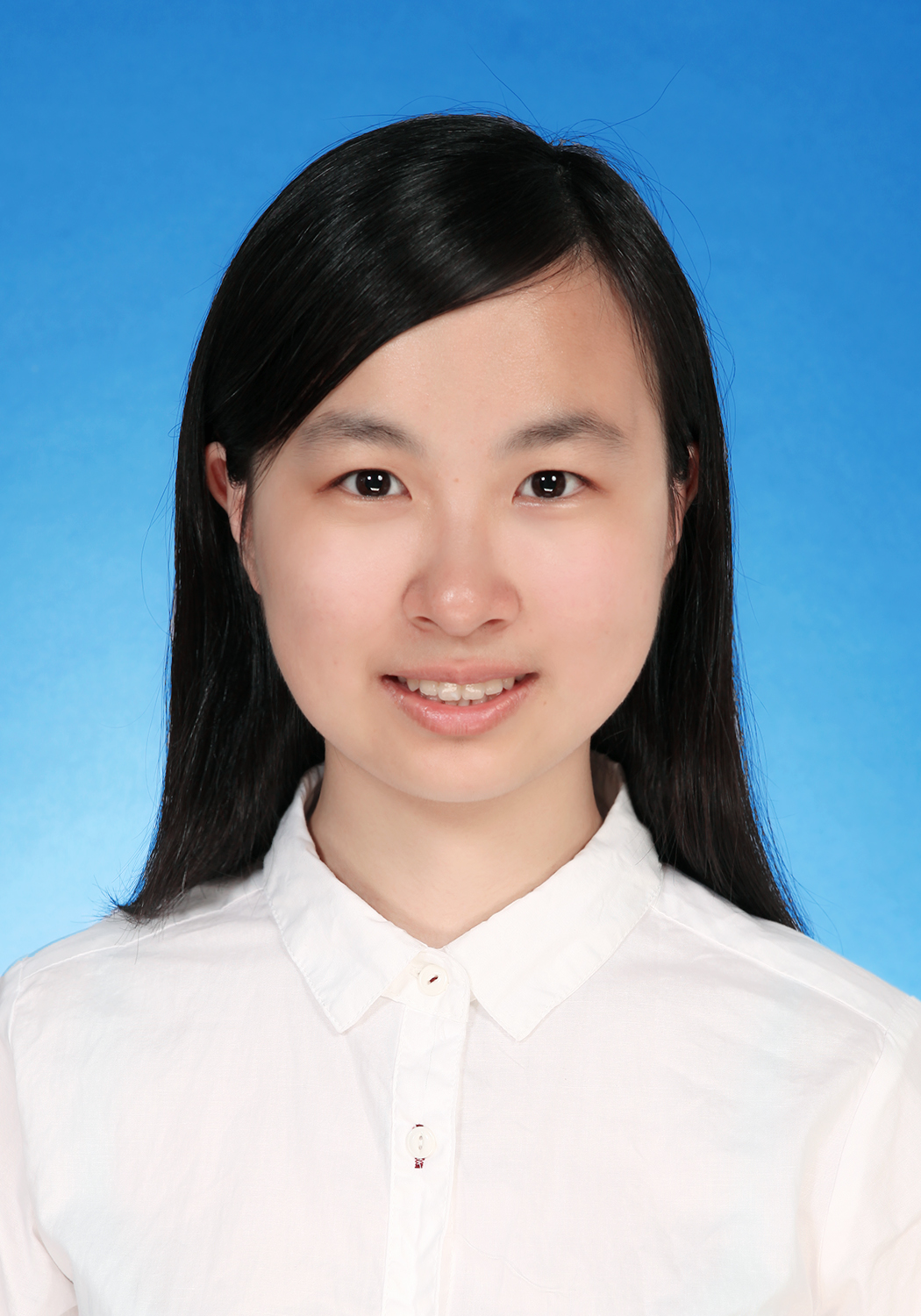 We welcome contributions of both long and short papers from a wide range of topics, including but not limited to the following topics of interest:

MRC 2021 submissions are double-blind. All submissions and reviews will be handled electronically. MRC 2021 submissions should be prepared according to the standard double-column ACM SIG proceedings format. Additional information about formatting and style files is available on the ACM website. Papers must be submitted to easychair at https://easychair.org/conferences/?conf=mrc2021 by 23:59, AoE (Anywhere on Earth) on January 15th (Abstract) and January 20th (Full paper), 2021.

For inquires about the workshop and submissions, please email to mrc2021@easychair.org

MRC'21 will be co-located with The 14th ACM International Conference on Web Search and Data Mining, to be held virtually on March 12, 2021.